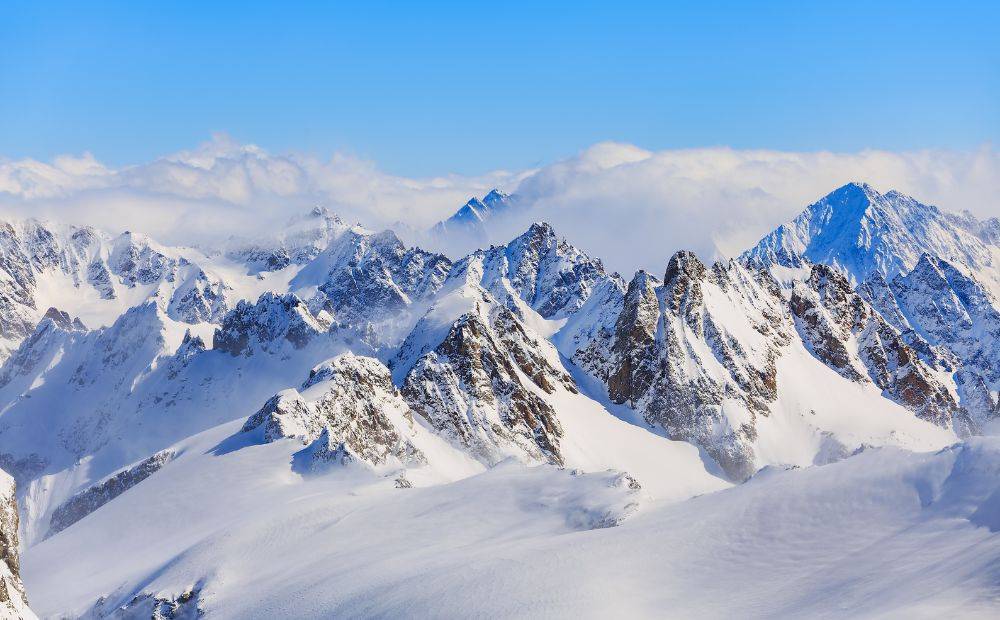 Extreme cold weather, avalanches, and thin and freezing air are the reasons to be trained for years before the summit. Volcanic eruptions, tectonic faults, and collisions can be the cause of these huge mountains. Some views also support that these big mountains started reshaping the earth’s surface some 3.76 billion years ago. Here, I will talk about these tallest mountains in the world.

Mountains are an integral part of the earth’s surface that has an important role in maintaining biodiversity. They are home to millions of wildlife and shelter them. These mountains are a great source of fresh water and food. Having minerals, stones, and other valuable items. Besides minerals and other resources, many of us will think that what is the tallest mountain in the world? Or some will be puzzled, what is the highest point on earth?

To answer these questions, I have made a list of the highest mountains on earth that will answer the highest point too. Furthermore, many people have climbed these huge mountains and reached the summit. But, they also have taken the lives of many and became the permanent beast’s residents.

Following is the list of tallest mountains in the world. The height of these beasts calculates from sea level to the top.

Mount Everest is the king of the mountains on earth. It is the highest mountain in the world and also the highest point on earth. The total height of Everest is 29,031.69 feet (8,849m). Scientists also believe that it is increasing by half a meter in a century. It sits on the boundary of Nepal and China. Everest, the world’s highest mountain, is also called ‘Chomolungma’ in Tibet and ‘Sagarmatha’ in Nepal. In English, it is called Everest and was named after the British surveyor George Everest in 1856, who calculated its total height for the first time.

Mount Everest, the sleeping beauty, is one of the deadliest mountains on earth. The number of people that reached the summit is 10,155, and the total number of Mount Everest deaths to date is about 305, with a death percentage of 1.6. Moreover, the policies have changed in 2020 and a summit will only have a group of six people. That is due to the increase in microplastic near the top.

How much does it cost to climb Everest?

How long does it take to climb Mount Everest?

According to most of the expeditions, it took around two months. Climbers arrive at the base camp in late March.

Robert S posted their review on TripAdvisor that it was a wonderful time and breathtaking views. The view of Everest from the airplane was magnificent. Also, the scenes of local village life were fascinating.

K2 is the 2nd highest mountain in the world, located on the boundary of Pakistan and China in the Karakoram region of Gilgit-Baltistan. Guess what? It’s the highest peak near me. The K2 mountain height is 28,251 feet (8,611m) from sea level. In addition, the Karakoram range is also the highest mountain range in the world. It is lower than Everest, but mountain climbers consider K2 mountain to be more difficult to climb. The weather is unpredictable, with no fixed support through ropes and routes.

That is why 367 people had reached the summit till 2018 as compared to Everest 4,000. Mountain K2 is considered to be the deadliest, where one person dies every four who reaches the summit and becomes part of the K2 mountain deaths. K2 has a fatality rate of 29%, according to NASA. George Bell, a climber of American Expedition in 1953 remarks, “It’s a savage mountain that tries to kill you.”

Why is K2 so dangerous?

The main reasons behind the dangerousness of K2 are the lack of support, routes, avalanches, no fixed ropes, and unpredictable weather.

Is K2 the hardest mountain to climb?

Lower in height than Mount Everest but the toughest and most dangerous mountain to climb in the world. It has also gained the nickname “Savage Mountain.”

Ornango wrote a review on TripAdvisor that traveling to K2 base camp was such an amazing experience. One of the best tourist destinations of all time. The weather is extremely cold, and that is another pleasurable experience.

Kanchenjunga is the highest mountain peak in India and 3rd highest mountain in the world. Its height is 28,169 feet (8,586m) and lies on the boundary of Nepal and India. The tallest mountain of the Himalayas ranges that connect with eastern Nepal. The peak welcomes about 20-25 climbers every year, with a record of 34 in 2019. It is also the second deadliest mountain with a death fatality rate of 20%. One in every five climbers dies in an attempt to reach the summit.

Moreover, this section of the Himalayas is the host to many wildlife, including; snow leopards and the red panda. In addition, about 2,000 species of flowers and 252 species of birds are the permanent inhabitants of the region. Nepal protects the area through the Conservation Area Project. They provide a sustainable community for the population and monitor wildlife and natural resources.

Is Kanchenjunga part of Everest?

Kanchenjunga is not a part of Mount Everest. It is a part of the Himalayas ranges and is the third highest mountain.

Is Kanchenjunga the highest peak in India?

Yes, Kanchenjunga is the highest peak in India and the third highest mountain in the world.

Suddhasatta P reviews on TripAdvisor, “the words whatever and however put does not do properly describe such sheer beauty of this fabulous mountain.”

Among the highest mountains in the world, Mount Lhotse is the fourth highest point. It is on the border of Nepal and China, with a height of 27,940 feet. An American guide named Michael Horst was becoming the first to summit both Everest and the Lhotse in 24 hours. Lhotse and Everest are separated only by a distance of 2 miles. The route to Lhotse is the same at the beginning which leads to Everest.

That is why the route to Lhotse became overwhelmingly crowded. Furthermore, many mountaineers have faced a series of accidents in the shape of avalanches and earthquakes in 2014, 2015, and 2016. The fatality rate of the mountain is 2.8%. Falling is the most common cause of death. About 15 people died and 600 summits in the Autumn of 2014.

What is Lhotse famous for?

Lhotse’s south face is the steepest in the world, having a distance of two miles. It is also known for its proximity to Mount Everest.

Is Lhotse a separate mountain?

Lhotse means “south peak”. “Lho” means South, and “tse” means Peak. It is 2 miles from Everest and is the fourth world’s highest mountain.

Vicers wrote their review on Trip.com, “Yes, the mountain is very handsome, but because of the long-term, not particularly eye-catching, friends to Everest must pay attention to, good deeds beautiful, blue sky and white clouds plus snowy mountains, let people suddenly open.”

A pyramid-shaped mountain, 19 km to the southeast of Mount Everest, Makalu is the 5th tallest mountain in the world. The total height of the mountain is 27,838 feet (8,485m) lies in the Himalayas range. It lies on the border of Nepal and Tibet. Its sharp edges and four-sided peaks make it one of the world’s most difficult mountains to climb. At the start, only five out of 16 successfully reached the summit.

Till to date, 206 have made it possible for the summit. Makalu is considered the 7th deadliest mountain that took the lives of 26 climbers out of 234. According to NASA, its death fatality rate is 9%. Swedish explorer Carina Ahlqvist in 2018 led a climb to examine the rock falls, landslides, and glaciers to find the history of the region’s climate.

How long does it take to climb Makalu?

With ideal weather conditions, it takes around 5-6 hours to conquer the 8,485m peak.

Where is Makalu peak?

Makalu is the 5th highest mountain peak in the world and lies in the Himalayas range on the border of Nepal and Tibet.

yuanhang120 posted their review on Trip.com, “Nice place, leisure travel, good place for vacation, recommend everyone to feel it in person.”

To conclude, above is the list of the tallest peaks in the world, with the world’s highest mountain at the top. They are categorized according to the highest peak. Climbing mountains needs years of training and the heart of a beast to face the beast. They are not an easy job to do. You have to face harsh weather conditions, avalanches, and thin and freezing air.

On your way, you live on the edge of life and death. A tiny mistake can take your life or the whole team’s. But, risks are part of life. Risking life and achieving the goal has some different level of happiness that has no weightage in the world. That spirit boosts the climbers to reach the summit.