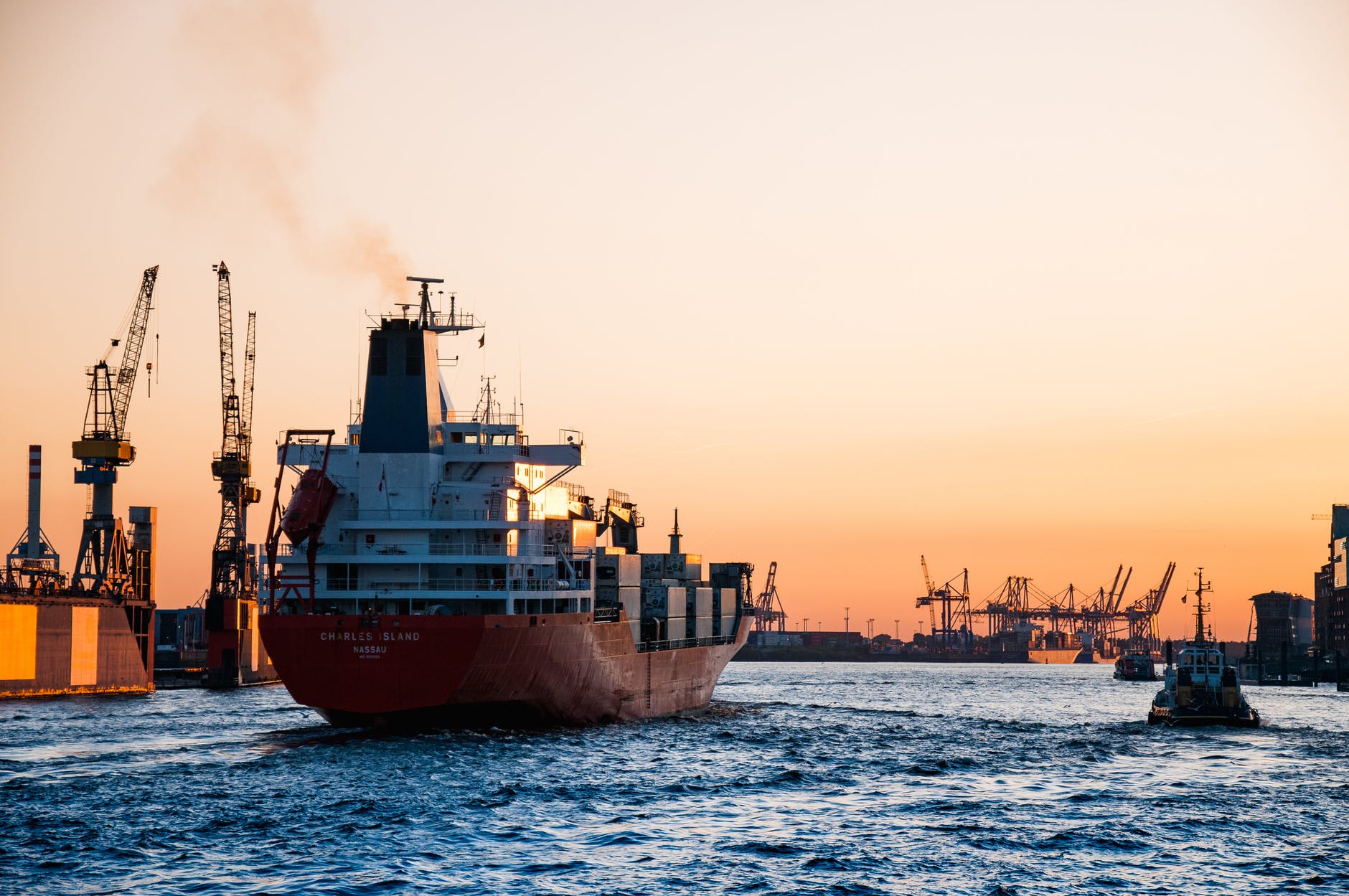 Sea is the main route through which the maximum amount of world trade passes. Containers loaded with items traded from one country to another in ships travel through the sea. As compared to trade by air, trade through the sea is more economical and can export or import many items in one shift. This is the reason, many of the world’s countries use sea routes as compared to trade by road or air.

The economic wheel runs through the import and export of a country. Countries having no coastline use roads or air to send their items to other countries and bring back those that are of their need. This process of transfer of goods is fast but costly. Similarly, countries having coastal lines do their import and export through cargo ship by sea routes with loaded containers. Such type of trade is slow but more economical. That’s the reason countries have built seaports for these cargo ships where they load and unload the ships. These ports vary with the trade of the country.

Largest Ports in the World

Following are some of the busiest seaports in the world that are the busiest and world’s largest ports. I also have categorized them on such a basis.

Shanghai International Port Group (SIPG) is one of the busiest and largest ports in the world. It is located at the delta of the Yangtze River about 1,200 km from the south of Beijing. It has a capacity of 43.3 million TEUs. The port covers an area of 3,619 square kilometers and handles about 744 million tons of cargo annually. In 2010, it took the leading position from Singapore Port to be at the top of the world’s busiest container ports. The port has the two biggest cargo terminals along with three of the break-bulk terminals. Around 25% of China’s trade passes through that port. The port is a host for around 2000 containers every month. It also has the world’s largest automated container terminal.

Where is the busiest seaport in the world?

The port of Shanghai is the busiest seaport in the world located in Shanghai, China. It has about 25.7 percent of China’s international trade volume.

Why is the port of Shanghai being so important?

The port of Shanghai is the backbone of China and is a transport hub having a connection with multiple provinces of China. It is linked with the Yangtze River and an important gateway of china for traders

The Port of Singapore is part of the Maritime and Port Authority of Singapore (MPA). The port is on the southern end of the Malay Peninsula having a capacity of 37.1 million TEUs. It preserves 20% of the world’s port industry that is connected with 600 ports in 123 different countries of the world. It transports 50% of the world’s crude oil and handles about 537.6 million tons annually. Annually, around 140,000 vessels visit here. The terminals of the port are located at Brani, Tanjong pagar, Sembawang, Keppel, Jurong, and Pasir Panjang. Moreover, the port expansion project, which will be completed in 2040, will enable the port to handle 65 million TEUs per year. This project will make it the busiest container port in the world.

Which country has the busiest seaport in the world?

China has the busiest seaport in the world. The Shanghai port of China is at the top of the biggest seaports in the world with a capacity of 43.3 million TEUs.

Is Singapore being the largest port?

Singapore is at the top of major shipping ports in Southeast Asia. It is the second-largest port in the world after Shanghai of China with a total capacity of 37.1 million TEUs.

This port is the combined effort of the ports of Ningbo and Zhoushan. In the world’s largest ports, it is number third. Preserving 460 million tons of cargo annually having a total capacity of 27.5 million TEUs. The port is located in Eastern China on Hangzhou Bay and Shanghai in Zhejiang Province. It is under the authority of Ningbo Zhoushan Port Co Ltd. The port is located on the busiest coastal shipping route of China and has 309 berths. It has a connection with around 560 ports of 90 different countries. Main areas of the port are Zhoushan, Ningbo Harbor, Beilun, Chaunshan, Daxie, and Zhenhai. The port is the host for the imported items or raw materials and manufactured goods.

Where is Ningbo in China?

It is located on the eastern coastline of Zhejiang Province. It is to the south of the Yangtze River and the north of Hangzhou Bay.

How many ports does China have?

China has the most ports in the world having 34 major ports. They also have more than 2000 minor ports.

The Port of Shenzhen is situated on the pearl river in Guangdong Province, South China. It has a total coastline of 260 km and has a total capacity of 25.7 million TEUs makes it the fourth-largest port in the world. It preserves 195 million tons annually. The port is controlled by the Shenzhen Government. It included around 140 berths and most of the shipping companies have their headquarters here. About 230 of the ships of container routes pass through the port area. Moreover, the port has its connections in Shekou Container Terminals, Shenzhen Haixing, Yantian Container Terminals, China Merchants Port, and Chiwan Container Terminals. In plans, there will be six new ports that will connect it to Hong Kong.

It has a total length of 260 km along the coastline.

What is the largest port in the world?

The Shanghai Port of China is the largest shipping port in the world with around 43.3 million TEUs of capacity.

The Port of Guangzhou is the largest shipping port in Southern China. It is the fifth world’s busiest container port. It is in the connection with 300 shipping ports of 80 different countries. The total capacity of 23.2 million TEUs makes it one of the biggest seaports in the world. It has a capacity of 460 million tons of cargo annually. The port is located at the intersection of the Xijiang, Beijiang, and Dongjiang rivers. It is under the authority of Guangzhou Port Group Co Ltd. The port has 4,600 berths that can accommodate big vessel ships which includes agriculture, industrial freight, and manufactured items. Moreover, the authority is also working to increase the development growth and working on the automated container terminal.

Which one is the largest terminal of the Port of Guangzhou?

The Xiji Coal Terminal of Guangzhou port is the largest in South China.

What is the deepest port in the world?

Gwadar port of Pakistan is the deepest in the world located on the Arabian Sea in Gwadar, Pakistan’s province Balochistan.

To sum up, the above are the largest container ports in the world. These are the ports which are the center of big trade volume of the world. These seaports are the economic wheel of the country and the backbone of the economy. These ports help them in sending their manufactured items to other countries and increase their value in the market.

China being the world market has the largest shipping ports in the world. They have four in the top five major seaports of the world. Moreover, such a way of trading is economical, and also through huge ships of containers, a country can send a large amount of the items to another country easily.

What is a Virtual Assistant? Want to Know In-depth?

How to Start Affiliate Marketing with Amazon?