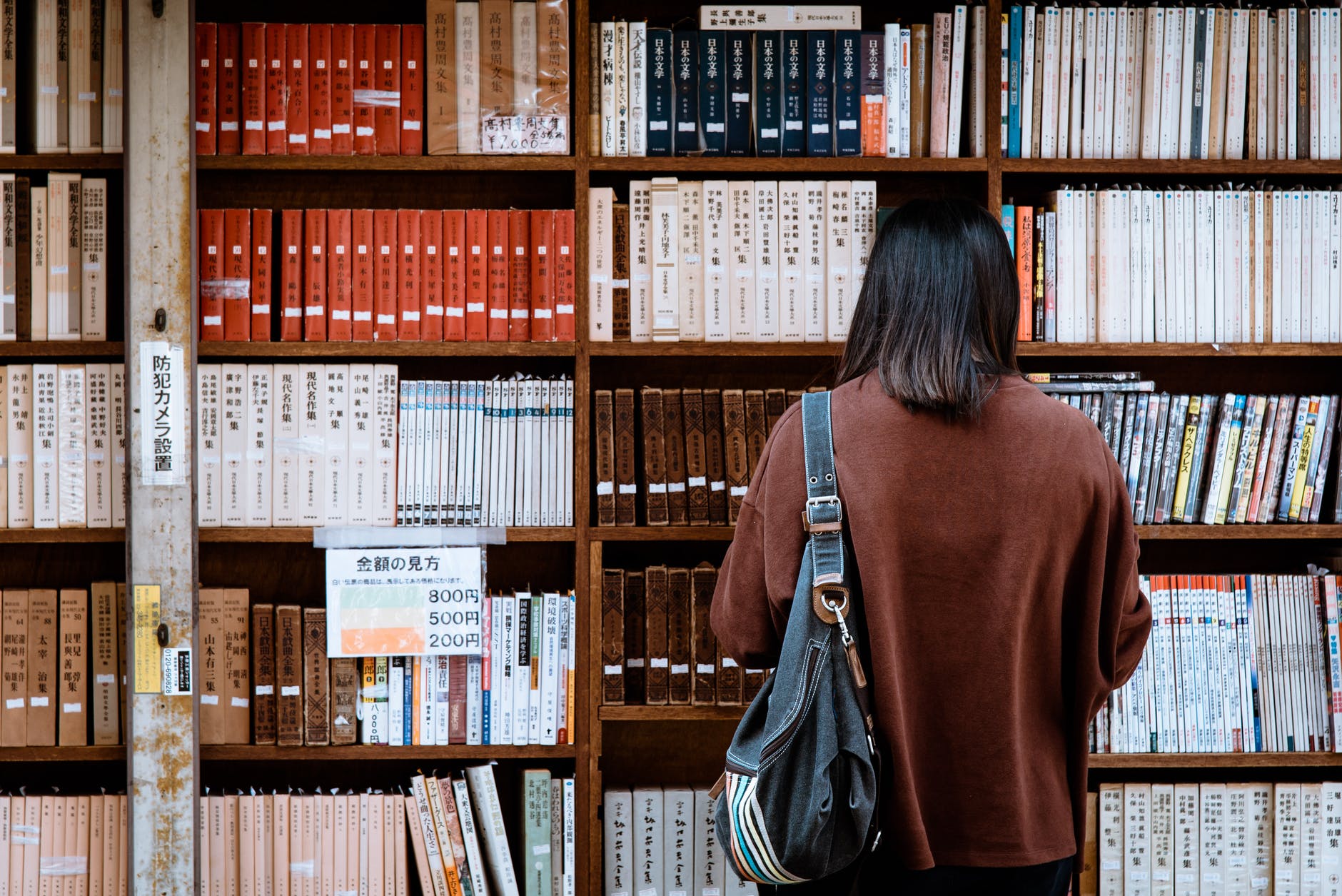 For any reader, the library is the home to them, where they will have lost in the world of words. It is the place that preserves the writings of the famous writers in its halls. Moreover, in those huge buildings lies the collections of different books in different languages of those writers that include; novels, poetry, fiction, non-fiction, stories, political, history, and many more. In short, a library is such a place that offers lifetime reading to any reader thy comes.

Talking about the largest libraries, the US has many in the top 10 biggest libraries in the world. such libraries have millions of collections. There housed so many books that you will have a short time to read all of them. These books are being arranged in the proper order with style. Moreover, they thoroughly aim to bring new and antique collections. Besides books, the managing faculty also have strong inclinations to have beautiful architecture and peaceful reading rooms. Where you can sit to read in a peaceful environment with the calmness of mind. If you get a chance to visit any of the libraries in the US, you will be surprised to see such a bulky amount of books. You will feel like ‘Belle’ in “Beauty and the Beast”. Furthermore, anyone can visit these libraries and can read as many as they can because books keep no differences.

Largest Libraries in the US

Following are the largest libraries in the US that have millions of collections. You can check them and can add them to your visit list.

The library of congress is the biggest library in the US. It has a total of 34,528,818 volumes. The library is on Capitol Hill, a few kilometers away from the most protected place in the world, the White House, Washington DC. It is composed of three buildings that are interconnected through underground channels and is one of the best public libraries in the US. The library also has a campus in Virginia. There are collections of different types of books on different subjects belonging to different countries. Moreover, there lie books of around 450 languages and many of the books it receives annually are in languages other than English.

It has been shifted to Washington DC in 1800 that initially was in New York and Philadelphia. The building was renovated and decorated with marble halls, paintings, carved hardwood, and murals between 1888 to 1894. Moreover, the underground floors were built of cast iron and steel and the upper rooms are being decorated with glass domes to give an artistic appearance. There is also one of the world’s smallest books whose pages are to turn with a needle.

Yes, it provides online access. You can download or read the text or any other thing you need.

Does the library give books on loan?

Yes, you can get books, articles, and newspapers on loans that are directly not available from other sources. Also, not everything is available on a loan.

Rabia J reviewed on Yelp that the library is the largest in the world. It has amazing architecture. There lies the largest collection of comic books. It also arranges impressive exhibitions.

Boston Public Library is in Massachusetts and is the second biggest public library in the US. It consists of 19,090,261 volumes. A municipal public library also called the library of the Commonwealth of Massachusetts and was founded in 1848. It is part of Associations for research libraries (ARL) and it also allowed the adults of the Commonwealth to borrow material and research for their studies. Due to its largest collections of volumes, it is one of the largest municipal public library systems in the US.

In 1839, Alexandre Vattemare who was a Frenchman had suggested combining all of Boston’s libraries to one for the ease of public but none was interested. Later, at Vattemare’s request, Paris sent gifts of books in 1843, 1847, and 1849. With time, people were coming forward and were aiding in its construction that was finally completed in 1848. In 1888, Charles Follen McKim designed its extensions with the Renaissance way of architecture, and such a building is also known as the McKim building.

Can I have a Boston Library Card?

Yes, all the people who are residents of Massachusetts can have a library card. They also offer eCards online for immediate access.

Does the library have a digital app?

Yes, it offers the app for both android and IOS users.

Married96 reviewed on TripAdvisor that it is worth visiting this expensive library. The staff is helpful and you can find anything from books to videos and records. It also has a beautiful building.

In 1764, it was destroyed by fire except for the books that were loaned out. By 1912, the library was rebuilt again with public and government funding. Moreover, Harvard is also a member of the Research Collections and Preservation Consortium (ReCAP) along with the libraries of other countries. It is open to the affiliates of Harvard and some spaces of it are also open to the public.

Is the library open to the public?

It isn’t open to the public but most of the collections are accessible only for legitimate research needs.

Can I visit the Harvard library?

There is only permission for the students, faculty, and staff with their student or government-issued photo ID.

Meghan P reviewed on Yelp that it is the perfect place for Harvard students. Different varieties of books are available and the reading rooms are awesome.

New York Public Library is in New York City, the most visited city in the US, and 16,342,365 volumes in the library make it the fourth largest library in the United States and second-largest public library in the US. It also has branches in three of five boroughs of New York city that include Manhattan, Staten, and the Bronx. It is non-governmental, private, and independently managed. Established in 1895 with the amalgamation of the other small libraries of bibliophiles.

Furthermore, its construction was also aided by the wealthier people of the State. The name is given to the main branch for easy recognition with the lion statues on either entrance that symbolize “Patience and Gratitude”. This main branch contains some historic landmarks that were listed in the National Register of Historic Places in 1965. Also, four research libraries are open for the public that also adds them to the best libraries in the US.

Can anyone use the library?

Yes, it is open to all people including children who abide by the rules. Staff is available to assist.

Can I get the NYC library card?

NYC residents of age 13 and above can get a digital library card online.

some different pleasure. The reading rooms are stunning with properly arranged everything. It is worth visiting.

Main Library Illinois lies in the twin cities of Champaign and Urbana, United States. It has a total of 13,158,748 volumes that list it as fifth in the largest library in the United States. It is one of the best libraries in the US that was established in 1924. The library was built for the students, faculty, and staff members of the university. They aimed to greet the student and the faculty with books as the University opened its door.

However, at the start, there were not that many books present, but with time it was growing larger. It previously resided in the Altgeld Hall and then in the 1920s when the library was making progress shifted to another place which today is called the Main Library. It is also considered to be one of the best college libraries in the US. Moreover, the architecture of the building also shows the Renaissance art of work from its stained glass window.

How many libraries does UIUC have?

The University of Illinois at Urbana-Champaign has around 20 libraries and the Main Library has around 5 million books.

What is a UI library?

It is of UI components like inputs, dialogs, and buttons, etc. that could be arranged in many unique ways.

Caitlin D reviewed on Yelp that it’s a beautiful and big library where everyone is too cooperative. There are plenty of books and a bunch of computers and iPad for use without having any problems.

To sum up the whole discussion, the above are some of the US largest libraries that also have the most visitors annually. These libraries are the heart of the country where lies the chests of knowledge. Such are the libraries that preserve the writing of the well-known writers and also of those that we today don’t even know.

Through these libraries, their works are still celebrated around the globe. Furthermore, visiting these buildings will make you aware of the cream people of the past. They were thinking of a far more future. Lastly, you can choose one of the above libraries that are open to the public. Have a visit and feel the comfort and peacefulness of heart and mind.