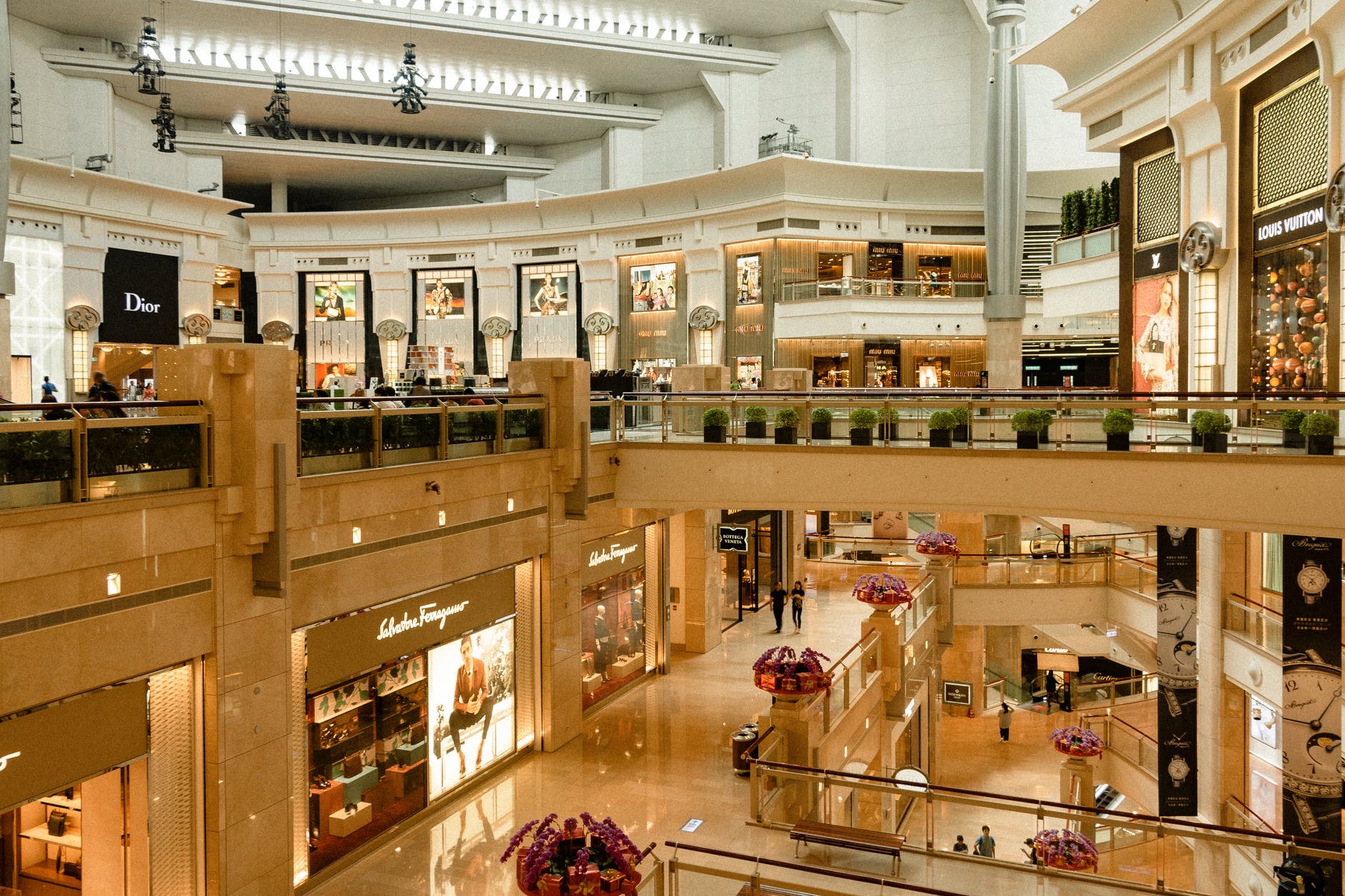 Malls are a pivotal part of life. They provide people with new, imported, and branded items. Aside from the online stores, people do not stop visiting them from time to time. These malls play an important role in the local and national economies of the country. Furthermore, the biggest and world-class malls of a country are also important tourist destinations.

Shopping malls are the places where most tourists visit well after they arrive in a country. Many of them bring only essential stuff to buy new ones once they land. Moreover, people head in bulk to the largest and well-known shopping malls in a country. Where they can get quality stuff in different varieties. Many countries have the largest shopping malls like China, America, Malaysia, and Dubai, etc.

The larger the shopping mall; the more people will come, and the more it will help the country’s overall economy. Most people love shopping while traveling, but choosing the better one is a problem. Shopping in the world’s largest shopping mall has a different level of pleasure. To make things easy, I am here with some of the largest shopping malls in the world. Such malls have quality and variety of items from head to toe. We will talk about them briefly down there.

South China Mall opened in 2005 and became the world’s largest mall and is located in Dongguan, China. It covers a total area of 659,612 square meters. The mall has space for about 2,350 retail shops. At the beginning of 10 years of the mall, it was almost empty and acquired the name of ‘dead mall’.

With time, most of the spaces were filled and different types of brands in varieties and of quality adding imported stuff were becoming the permanent inhabitant of this shopping mall. Today, you can find anything you think of, inside its walls. Moreover, it also has an IMAX-style cinema and amusement park. The total cost of its development is about $1.3 billion.

Why is the mall empty?

The mall was empty for 10 years after its opening in 2005 and won the nickname of a dead mall. In 2015, CNN reported that it had attracted tenants after further renovations and remodeling.

Who is the owner of the South China Mall?

Developer Alex Hu wants to put his hometown on the map. For this reason, he constructed such a big mall.

Jiānghú yī xiùcái reviewed on trip.com about South China Mall Huanxiaotiandi that apart from the mall that is still under construction, there are many gaming points that you can play. You can have your ticket and a stamp from the staff on hand to avail entry.

Dubai Mall is the 2nd largest mall in the world. Its total area is 650,000 square meters. The mall is located in prime place, Burj Khalifa. It was inaugurated in November 2008 with a total construction cost of 20 billion dollars. In 2011, the mall acquired the name of the most visited mall of the year with annual visitors of 54 million.

Never miss to read: best shopping malls of US.

It has a space of about 1,200 shops. The Dubai Aquarium and the Underwater Zoo inside the mall are of greater visitor’s attractions. The Aquarium has 300 different varieties of marine creatures and also has sharks. Moreover, there is a SEGA gaming room, a five-star hotel, 22 cinemas, and 120 dining options.

How many brands are there?

There are around 1200 outlets. Anchor departments, Bloomingdale’s, and Galeries Lafayette. Also, there are over 150 food and beverages outlets.

TernaryToad is a contributor on TripAdvisor and reviewed that it is the most comfortable mall all over the world having wide and open areas. The mall has a quality of restaurants, stores, and other beautiful things like an aquarium, waterfall, and fountains. Also, the staff is too friendly.

SM City Tianjin is located in Tianjin, China. It was built by the Philippines-based SM Supermalls and inaugurated in 2016. SM Supermalls has a chain of shopping malls in the Philippines and 7 in China, including SM City Tianjin. It is the third-largest mall in the world by area. The total area of the mall is 565,000 square meters. The mall has around 72 shopping centers present all over the country with an additional 2 dozen or more to be open shortly.

Moreover, the mall has various items imported from different countries and of quality. In addition, it has a park and different beautiful viewpoints.

How many SM malls are in China?

SM has a chain of shopping malls in the Philippines and also has its mall in china. There are about 7 malls in China.

Which one is SM’s biggest mall?

Haithamam reviewed on TripAdvisor that it is a huge and crowded mall. You can have all types of brands there. Moreover, the restaurants outside the mall are the best thing they have done. One can easily eat or drink in the open without being disturbed.

Golden Resources Shopping Mall is the fourth biggest mall in the world located in Beijing, China. It is the second biggest shopping mall in China after South China Mall. The mall has covered a total area of 557,419 square meters and has over six floors. Having around 1000 retailer shops, a restaurant, and over 230 escalators. It is about 1.5 times greater than one of the biggest malls in America, the Mall of America.

When it was planned, it was said that the mall would attract people in bulk but after its construction, the actual number of people was too low from the expected one. This was because of the high rate of the goods they were offering at that time. But today, they are changed to an affordable price.

What is the largest mall in the world?

New South China Mall is the biggest mall in the world with a total area of 659,612 square meters.

Why didn’t people visit as expected before construction?

The rate of the items was very high due to which they lost a lot of customers. But, today, they have managed to change their terms and conditions.

Frank Z. reviewed on top-rated.online that it is a good shopping center. Having a variety of fashionable luxury brands. Also, there are plenty of entertainment facilities.

Central Plaza Westgate is the fifth largest shopping mall in the world. It is located in the Nonthaburi province outside of Bangkok, Thailand. The total area covered by the mall is about 550,278 square meters. The mall was inaugurated in 2015. It has more than 1000 retailer shops with the fifth largest IKEA store in the world. There are cinemas, parks, and stores.

Moreover, the mall is the ultimate center of the lifestyle and is providing people with modern stuff. It is designed by using a special technology for the amusement, fun, and excitement of the family. In addition, it has enhanced Bangkok as a regional shopping hub that placed it head to head with the other cities of the world.

Where is the biggest mall in the world located?

The New South China Mall is the biggest mall in the world located in China. It covers a total area of 659,612 square meters.

Does Center Plaza Westgate have an IKEA store?

Yes, they have the world’s fifth-largest IKEA store that is located in Bangkok.

Sakda S reviewed on TripAdvisor, Center of the west of Bangkok which has almost everything you need here and connects to MRT which you can travel from BTS to MRT”.

To sum up, the above given are the biggest malls in the world. They are also categorized based on the total area that has been covered. These malls are the backbone of the region’s economy. Malls are the outlook of a region and a country. People from the far wide world come here and buy stuff of their desire. These malls also play an important role in the overall economy of the region and ultimately the country.

Furthermore, beautiful parks and cinema halls there also become visitor attractions. If they do not visit for shopping they will visit once for a movie or games. In addition, they also provide each and everything in a single place rather than wandering behind a single item. They are quick and save time.