Biggest dam in the world: 5 of the World’s largest dam 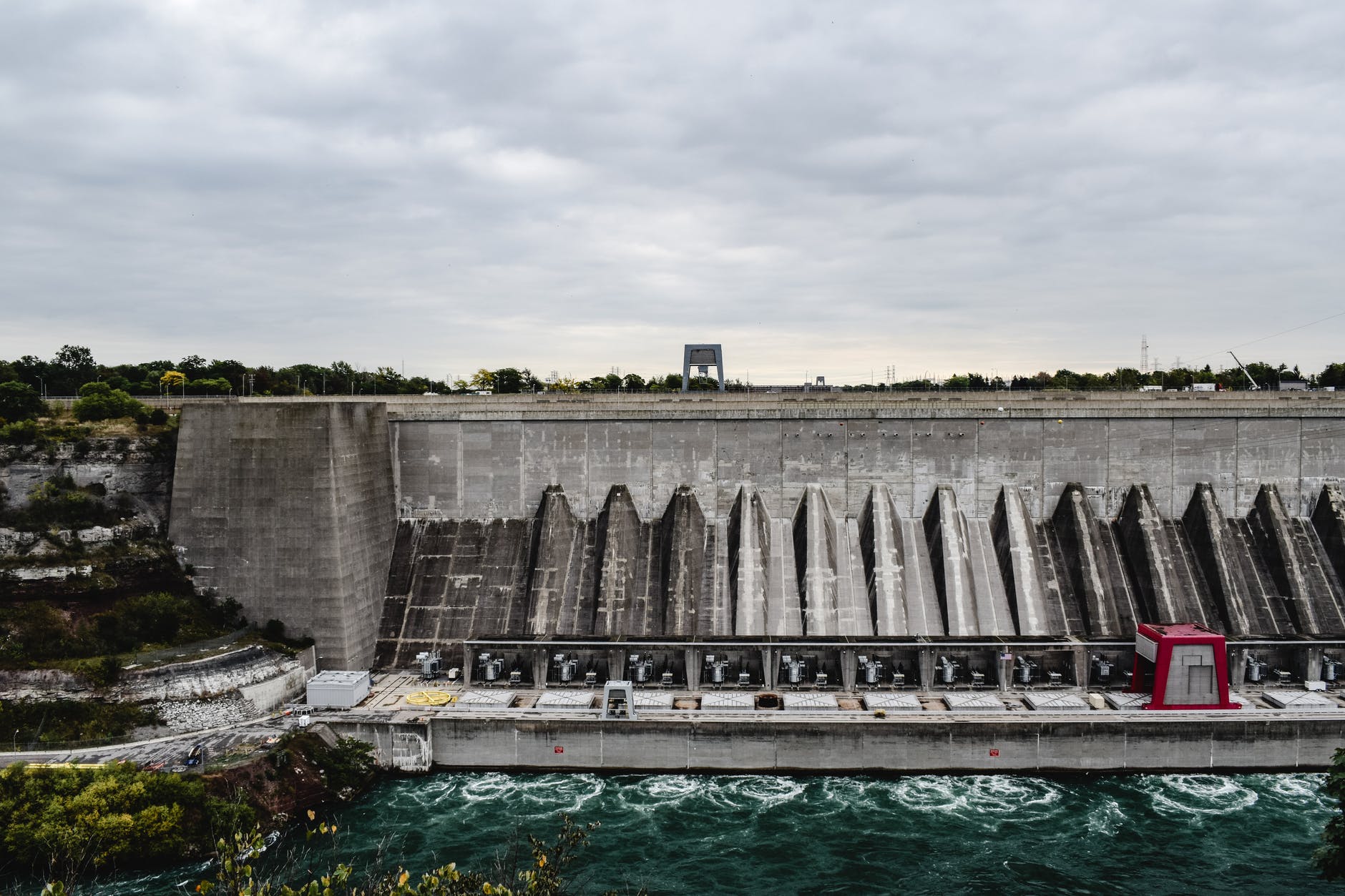 The dam is an essential part of human life and integral role in the stability of a country. They are the best reservoir of water and are used for the generation of electricity, irrigation of lands, and helps in the prevention of floods. The electricity produced through dams is called hydroelectricity and it is the renewable source of electricity and costs the lowest. Unlike thermal power plants, they are pollution-free. Dams are small and sometimes big having their sizes, designs, and limits.

They have around 800,000 structures worldwide. It becomes hard to define the largest dam in the world because it depends upon one’s perspective on what basis he is discussing the dams. Some are largest based on height, some on area, and others on water storage. I am here with the list of largest dams in the world having greater water storage. I will have categorized them on such a basis.

Following is the list of the largest dams by volume of water. These are the dams having the biggest water storage in the world.

The Tarbela is the largest dam in the world having a large amount of water stored located in Tarbela, KPK, Pakistan. It was constructed in 1976 basically to control the flooding of the Indus River. Its total capacity is 138,600,000 cubic yards. with the length and height of 2,743 and 143 meters respectively. It is the fifth world’s largest dam by volume. Besides electricity production, it is also irrigating millions of acres of farmland.

Moreover, with the increase in demand for electricity, the government has added several hydropower plants to keep the supply and demand in balance. In addition, the country also aims to transfer imported oils for running thermal plants to a cheap source of energy. The government has also added the newest hydropower plant which was completed in 2018.

How much electricity is Tarbela Dam producing?

After the installation of three turbines of 470 MW, the dam will be able to produce 6,298 MW of power.

The Tarbela Dam is located on which river?

Tarbela Dam is one of the biggest dams in Pakistan. It is an earth-filled dam along the river Indus in Khyber Pakhtunkhwa province. It is located in the Swabi mainly and in some of the areas of Haripur District of the province. This dam is located about 30 km from the city of Swabi, about 105 km northwest of Islamabad, and 125 km east of Peshawar.

Which is the oldest dam in Pakistan?

Warsak Dam on river Kabul constructed in the year 1960 is the oldest dam of Pakistan.

In the largest dams in the US, Fort Peck is at the top of the list. It is located on the Missouri River and is one of the six dams. In the United States, it is the largest hydraulically filled dam. It was constructed in 1933 with a cost of $100 million. The total volume of the dam is 125,628,000 cu yd. Its total height and length are 76.4 meters and 6,409 meters approximately.

Fort Peck Lake that originates from the lake is also the fifth largest lake in the United States. The coastline of the lake is greater than the California coastline. The dam was a part of the New Deal by President Roosevelt. He employed 10,546 workers in the construction of the dam in 1936.

What is the depth of the Fort Peck Dam?

The total depth of the Fort Peck Dam is 67 meters.

What is the largest dam in the world?

Kariba of Zimbabwe Is the world’s largest dam with an area of 5,580 km2 and a water storage capacity of 185 billion cubic meters.

Suzannegai shared their experience on TripAdvisor in such words, “This reservoir is stocked with many species of fish and is a true paradise for fishermen. The Fort Peck Dam is worth a visit. This controls the flow of water in the reservoir.”

Ataturk is the third biggest dam in the world. It is located in Şanlıurfa Adıyaman, Turkey. The dam was constructed in 1983 with a construction cost of $1.25 billion and is the largest of the 22 dams and 19 hydroelectric stations that are on the Euphrates and Tigress rivers with a total capacity of 110,521,827 cu yd. Furthermore, it is providing electricity to Turkey and Syria, and also helps in flood control and irrigation.

The name of the dam was given after Mustafa Kamal Ataturk, the founder of the Turkish Republic. The Ataturk Lake originates from the dam which is the source of food and water for many people and also a source of modern sports. There is also a controversy wandering around that the dam has cut the flow of Euphrates by about one-third and has affected the flow of water to Iraq but Turkey has denied it.

Which country is most affected by the 22 dams in Turkey?

Iraq is the most affected country. According to Iraq’s claim, about 80 percent of water is reduced by the hydroelectric power plants and around 61,000 acres of land is not getting enough water and leads to desertification.

What is the world’s largest hydroelectric dam?

Strollingistanbul shared their words on TripAdvisor that it’s a wonderful spot with beautiful scenes. The dam is located in the land of two legendary rivers, Euphrates and Tigris. You will also find some beautiful sites like Mt Nemrut, Gobekli Tepe, and Mardin that make your trip memorable.

Houtribdijk Dike is a dam located in the Netherlands. It is fourth the largest dam in the world having a large volume of water present. It was constructed in 1975 with a cost of $64.14 million. The total capacity of the dam is 68 meters in width. Its height and length is 13 and 30,000 meter respectively. It is called a dike and technically a dam constructed to control the flooding and a connection between the cities of Lelystad and Enkhuizen. It is the most scenic route with a length of 30 km and 18 miles approximately. They have two marine crossings for people and an emergency harbor where there is a restaurant too. It is a dam and also a tourist attraction and ranked No. 8 by TripAdvisor in the Lelystad area.

Which is the tallest dam in the world?

Nurek Dam on the Vakhsh River in Tajikistan is the tallest dam in the world. Its total height is 300 meters (984 feet) with a total production of 3,015 MW.

Which cities are being connected by the dam?

The dam connects the cities of Lelystad and Enkhuizen.

Solodam J reviewed on TripAdvisor that it’s a dam with a beautiful scenic road that connects the cities of Lelystad and Enkhuizen. To the west is the lack of Markermeer and Ijsselmeer to the east. It’s a mega hydraulic engineering project that is completed in the 20th century by the high end skilled workers.

In the biggest dams in the world, Oahe lies on number five having a greater volume of water. It is located on the Missouri River, South Dakota, USA. It was constructed in 1962 with a cost of $340 million. The total capacity of the dam is 93,122,000 cu yd. with a height and length of 13 and 30,000 meters respectively. It is counted in the biggest dams in the US government.

For the construction of the dam, the first tunnel boring machine (TBM) was invented. It was constructed under the supervision of President John F. Kennedy. The core job of the dam is to provide food, water, electricity, and also have navigation benefits. But it has had some bad impacts on the land: several Indian reservations lost the land of thousands of acres and Standing Rock Reservation of around 55,000 acres to the project.

How much is the production of electricity at Oahe Dam?

The Oahe Dam produces 2.8 billion kilowatts of electricity every year that fulfill the needs of 259,000 homes.

Where is the world’s largest dam?

Kariba is the world’s largest dam that is in Zimbabwe.

Kimberly J reviewed on TripAdvisor in such words, “Beautiful outdoor area. Cannot tour the actual dam anymore, but the area around the dam is very pretty. Great for a picnic.”

To conclude the biggest dams, these top 5 dams in the world are having the largest water storage. These are the dams that hold the greater amount of water in their boundaries. They are the backbone of the respective country that provides the people; electricity with zero pollution, water for irrigation purposes, food, and also helps the region to control the floods.

Additionally, it also holds a greater amount of water to use in an emergency. Furthermore, there are other largest dams from one end to another end of the world based on the height, length, and volume having important functions and stories behind their construction.